Thank You JKV Veterans For Your Service! 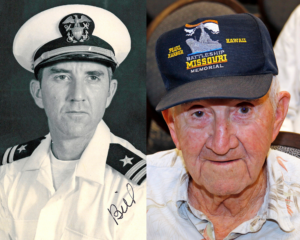 This Nov. 11, JKV will once again honor residents who are military veterans in a solemn ceremony in the Village Centre Auditorium. The community is proud to be home to more than 130 men and women, who served in times of war and in times of peace in all branches of the military: Army, Air Force, Marines, Navy and Coast Guard.

Two JKV veterans also served in allied services including the Canadian Navy and the British Army. We count among our servicemen and women veterans of World War II, the Korean War, the Vietnam War, Europe during the Cold War, even some whose military careers included service during Desert Storm.

Our JKV veterans have been based in the United States, the Pacific, Asia, Europe, the Middle East and have travelled the far-flung reaches of the world by air, sea and over land. They have served on the front lines in combat, overseas and in the States as support personnel, and in the medical corps.

Serving In All Branches Of The Military

Our veterans have earned their stripes from privates, seamen, corporals, sergeants and cadets up through the ranks as lieutenants, majors, commanders, captains and colonels. Soon JKV will have a retired major general among its residents when Bernard “Burn” Loeffke moves to the Village later this year.

While World War II ended more than 76 years ago, the JKV community graciously honors those whose perseverance and longevity earned them membership in the “Greatest Generation,” who served during that war 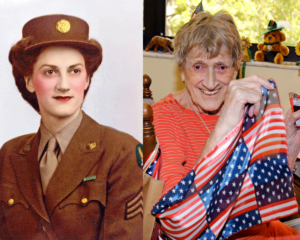 We are told that in World War I, many soldiers recited the 91 Psalm daily, and because of this, it became known as the Soldiers’ Psalm.

You who dwell in the shelter of the Most High, who abide in the shadow of the Almighty, Say to the LORD, “My refuge and fortress, my God in whom I trust.” God will rescue you from the fowler’s snare, from the destroying plague, Will shelter you with pinions, spread wings that you may take refuge; God’s faithfulness is a protecting shield. You shall not fear the terror of the night nor the arrow that flies by day, Nor the pestilence that roams in darkness, nor the plague that ravages at noon. Though a thousand fall at your side, ten thousand at your right hand, near you it shall not come. You need simply watch; the punishment of the wicked you will see. You have the LORD for your refuge; you have made the Most High your stronghold. No evil shall befall you, no affliction come near your tent. For God commands the angels to guard you in all your ways. With their hands they shall support you, lest you strike your foot against a stone. You shall tread upon the asp and the viper, trample the lion and the dragon. Whoever clings to me I will deliver; whoever knows my name I will set on high. All who call upon me I will answer; I will be with them in distress; I will deliver them and give them honor.