Thanks To JKV Veterans For Their Service 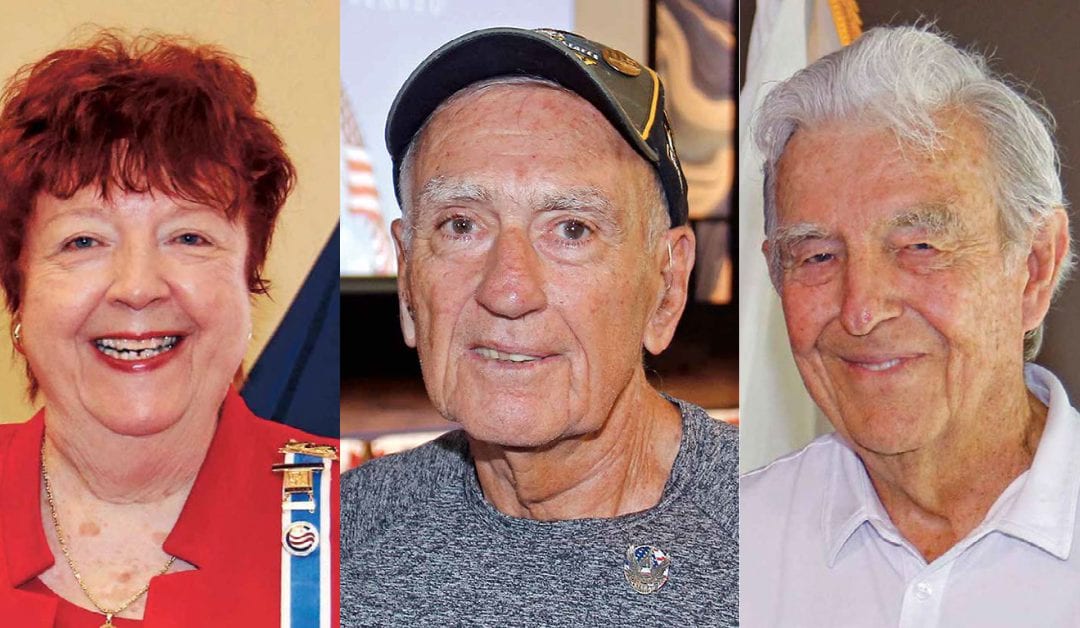 In the 102 years since the end of hostilities in World War I, Nov. 11 has found a permanent place on the United States calendar as Veterans Day. This is the day we honor all Americans who have served in our country’s military in time of war and peace.

John Knox Village is honored to count among its residents, more than 100 men and women veterans who served in all branches of the military – some dating back to World War II. Here are just four of the stories, and you can see a full list of JKV veterans here. 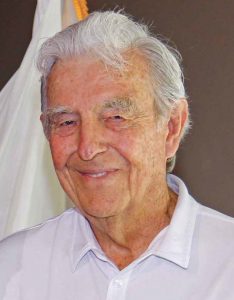 David Bayer was accepted into the U.S. Navy’s Officers Candidate School in 1953. He served as an officer on several ships as well as land-based positions during his military career. The John Knox Village Cassels Tower resident retired from the U.S. Navy in 1975 as a Captain.

“Veterans Day serves as a special reminder for me to honor and appreciate all my fellow veterans who have served,” David said. “Because of these veterans, I feel a strong sense of gratitude, not only for those things from which we are free, but because of the opportunities for our country to lead the cause for world peace, justice and unity. We can make the world a better place.

“I appreciate the privilege of having served my country, and especially for the support of my family for the hardships that they endured during my 22 years of active duty.”

Dick Mellett went through four years of ROTC at Penn State University and received a commission as 2nd Lieutenant upon graduation.

Dick served 22 years in the U.S. Army Corps of Engineers with tours in Germany, Thailand, Vietnam and South Korea with several stateside tours including: The Chief of Engineers Office in Washington, DC. He retired with the rank of Lieutenant Colonel.

As the Cassels Tower resident looks to Veterans Day, he says, “I reflect back on my 22 years of service to my country and the many friends I made while in the Army, some of whom, we still see today. It is also a chance for our community to recognize the service of veterans.” 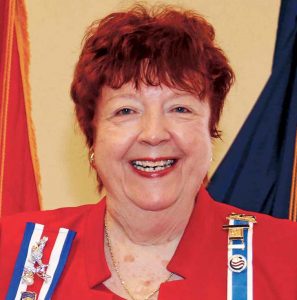 Kit Frazer grew up in an army family. Born in St. Louis, MO, she started grade school in Japan, went to high school in Munich, Germany, and spent two years in Tehran, Iran. Returning with her family back to Ft. Knox, KY, she met her husband, a pilot, Eldon B. Oakley on a blind date.

“We met in November and we got married in May.” Kit followed her husband to Korea in 1963, where he was a pilot flying the DMZ. Then back to the States at Ft. Rucker, AL. Her husband instructed flight training on the Huey helicopter; then to Vietnam where he flew Medivac helicopters.

“After Vietnam he was assigned to Bangkok, Thailand, as the commanding officer of the aviation attachment,” she said. “Exactly one year to the day (he had been promoted to Lieutenant Colonel just two weeks earlier), he was killed in a jeep accident in 1969.”

As Veterans Day approaches, the South Garden Villa resident says, “I want my husband Eldon B. Oakley, to be remembered as a man who loved his country and was willing to give his life in the ultimate sacrifice. I will also think of my dad and be thankful to all our veterans because they are the ones who preserve the freedom we have.” 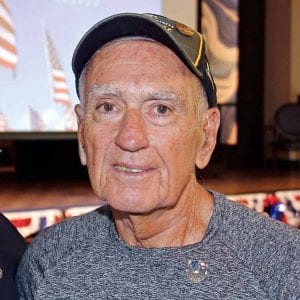 David enlisted into the Army National Guard in January 1953 and was drafted into the U.S. Army in 1955.

While in the Army, David was stationed at the Hanau Army Airfield, outside of Frankfurt, Germany. While on duty, David was a truck and Jeep mechanic and left the service as a Private First Class.

The South Garden Villa resident thinks about all those who served in the military during war and peacetime. “Veterans Day means to me, that those of us who served and those that gave their lives for the freedom of our country, receive the honor and respect that is due them and their families.”

To see a full list of veterans who are currently calling John Knox Village their home, click here. And to learn more about what our community did this year to honor veterans amid the pandemic, click here to contact us or call 954-783-4040.