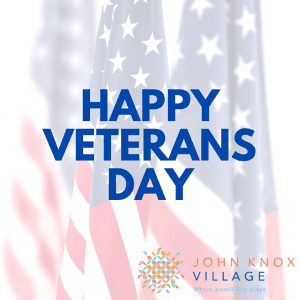 We Don’t Know Them All, But We Owe Them All

In honor of Veterans Day, here is a list of all known John Knox Village resident-veterans as of deadline for this issue of the November- December Village Voice.

If you are not included but wish to be added to a follow-up listing in the January-February 2021 Village Voice, please email or call Rob Seitz, JKV Communications Manager with your name, military branch and rank.

Thank you…We are free because you were brave.