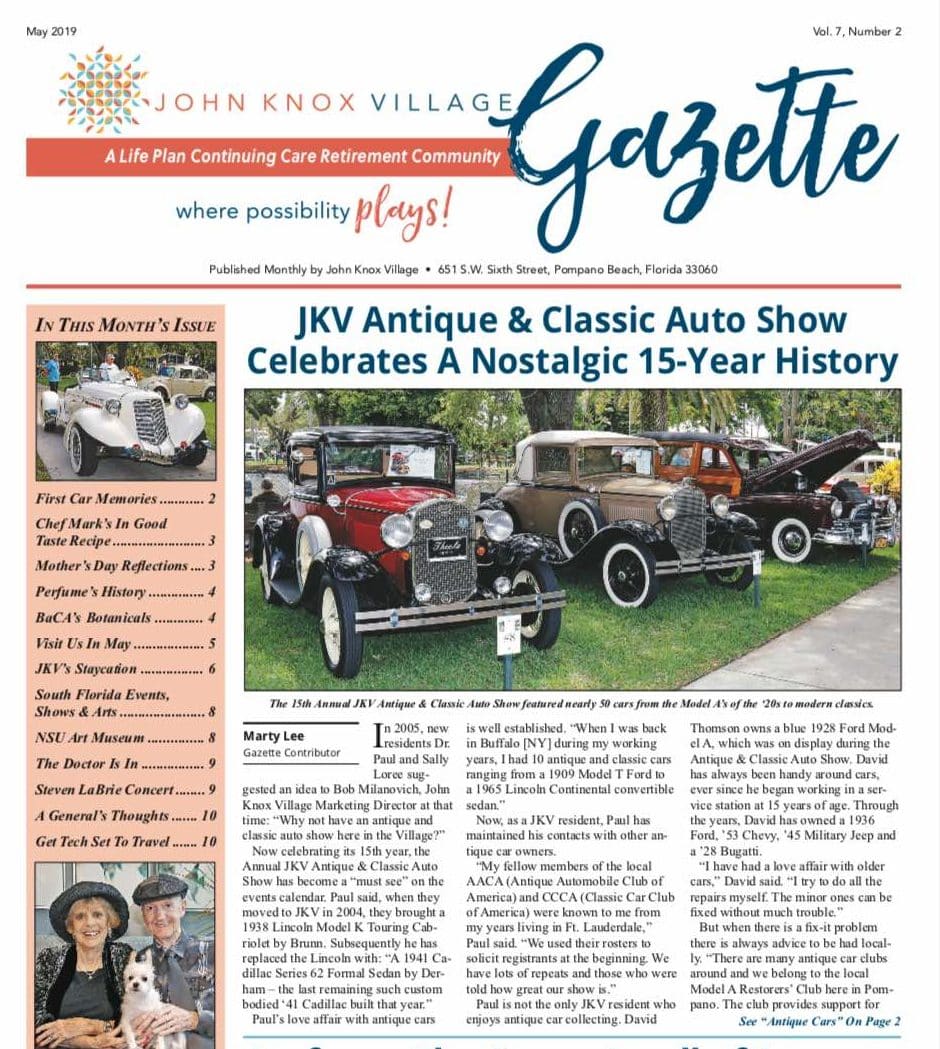 In 2005, new residents Dr. Paul and Sally Loree suggested an idea to Bob Milanovich, John Knox Village Marketing Director at that time: “Why not have an antique and classic auto show here in the Village?”

Now celebrating its 15th year, the Annual JKV Antique & Classic Auto Show has become a “must see” on the events calendar. Paul said, when they moved to JKV in 2004, they brought a 1938 Lincoln Model K Touring Cabriolet by Brunn. Subsequently he has replaced the Lincoln with: “A 1941 Cadillac Series 62 Forma Sedan by Derham – the last remaining such custom bodied ’41 Cadillac built that year.”

Read more inside this issue.